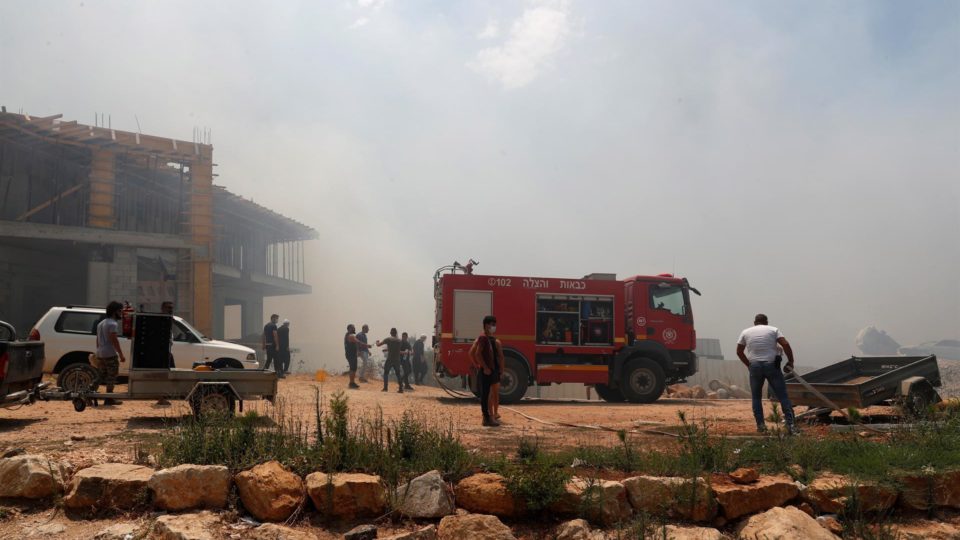 People and firefighters observe smoke generated after the interception of a rocket fired from Lebanon into Israeli territory in the Druze village of Ein Qinya in the Golan Heights on August 6, 2021 | Photo: ATEF SAFADI / Agence EFE

Hezbollah launched more rockets at northern Israel on Friday (6), forcing residents of the Golan Heights to seek refuge in protected places. The Israel Defense Forces (IDF) responded with artillery attacks against the terrorist group’s positions in southern Lebanon. There are no reports of casualties on either side.

According to the IDF, Hezbollah launched at least 19 rockets: 10 were intercepted by the Iron Dome, Israel’s missile defense system; six fell in open areas; and three, in Lebanese territory. The militant group, backed by the Iranian regime, said the rocket launch was a response to recent Israeli airstrikes in Lebanon and Syria, carried out after Israel was hit by two rockets coming from Lebanese territory.

Lebanese President Michel Aoun defended himself from filing a complaint with the United Nations, recalled that the attacks “are the first since 2006” and criticized the “growing aggressive intentions” of the Israeli government.