Helpless: Most Wanted Terrorists Scream in the Street and There’s Nothing US Soldiers Can Do 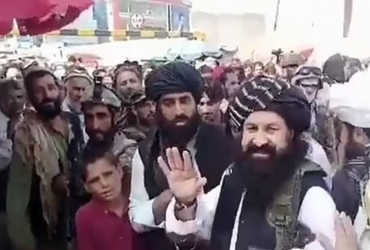 The world’s most powerful US military has become helpless after the change of power in Afghanistan.

Khaleel Haqqani, who was declared the most wanted terrorist by the US and carries a bounty of Rs 37 crore, is in Kabul and yet the US military cannot capture him.

US troops are stationed at the Kabul airport and just eight kilometers from here, Khaleel Haqqani shouted slogans at the protesters and American soldiers stood helpless at the airport.

Khalil gave a religious speech at the largest mosque in Kabul.

Khaleel was declared the most wanted terrorist by the US in 2011 and was also given a reward of Rs 37 crore.

“Security is a priority for the Taliban. If there is no security, there will be no life. Then the economy, business and education will flourish. Journalists and women need not fear. No one will be discriminated against,” Khaleel said.