Heavy rains leave many dead and missing in Germany 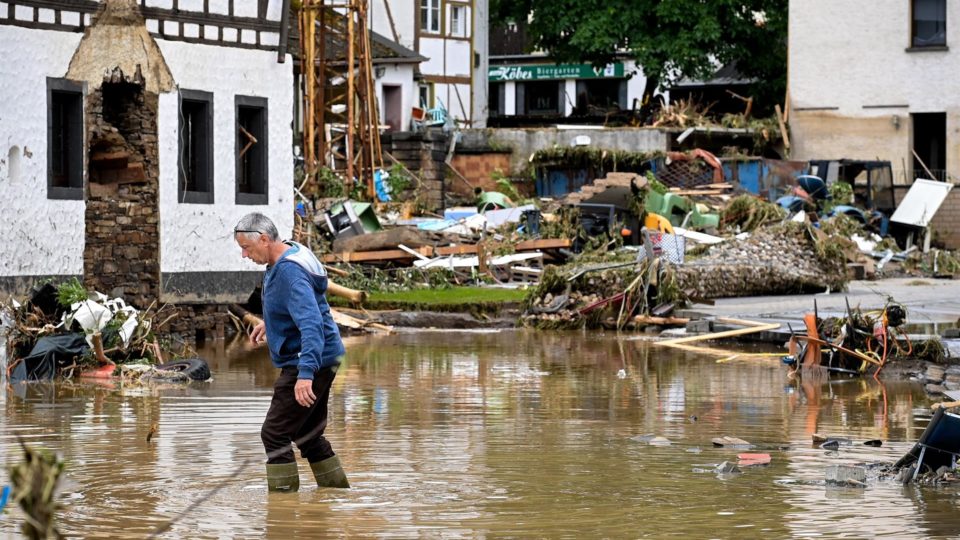 The whole village of Schuld, in the district of Ahrweiler, was destroyed after a strong flood of the river Ahr, in Schuld, Germany on July 15, 2021 | Photo: SASCHA STEINBACH / Agência EFE / Gazeta do Povo

At least 20 people have died and 70 have been missing in recent hours due to heavy rains and storms that have hit western Germany since Tuesday, according to the latest data from authorities in the affected regions.

The storm particularly affected the federal states of North Rhine-Westphalia, the most populous in the country, and Rhineland-Palatinate, where it caused flooding and collapsing buildings.

Among the victims are two firefighters. One drowned after falling into the water and another after a fall suffered during the rescue operations.

“We are experiencing floods of catastrophic dimensions which have occurred in Rhineland-Palatinate. We are a region accustomed to flooding, but what we are experiencing is a disaster,” said Prime Minister of this state, Malu Dreyer.

“We are fighting to save people. The losses in the communes are immense,” he added.

The commune of Ahrweiler, about 50 kilometers from Bonn, is one of the most affected. Four people have died and six buildings have collapsed from rain damage and more than 20 are in danger.

The number of people missing so far is 70.

The German Weather Service (DWD, acronym in German) expects the rains to decrease. “There may still be heavy rain in some places, but it will not be as widespread as last night,” said Markus Mannital of DWD.

The floods forced the shutdown of electricity service in several towns to avoid short circuits, and rail transport in the region was also affected.

In the city of Cologne, the Rhine overflowed and inundated part of the Deutz district.