Harvest in attack on terrorists in Afghanistan. Helps: US pressure mounts 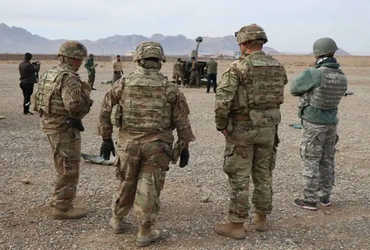 Crop praising the Taliban. amid the issue of terror

US warns Pakistan not to be distracted by China, threatens to attack IS-K and Al-Qaeda

WASHINGTON: Pakistan is happy after the Taliban captured Afghanistan. And was also openly helping terrorists. The United States has launched air strikes on ISIS-K, a terrorist organization operating in Afghanistan, as well as Al Qaeda. The US has increased pressure on Pakistan to help with the attack.

Pakistan’s Dawn newspaper has published a report that covers various talks between Pakistan and the United States since the Taliban took over Afghanistan.

The report said that the US is making efforts to help Pakistan in its campaign against terrorists launched after the Taliban took over. Especially ISIS-Khorasan and Al Qaeda terrorists are on the target of America. America feels that Pakistan can help it in ending terrorism in Afghanistan.

China is currently keeping an eye on both Afghanistan and Pakistan, America wants China not to be successful in this whole matter and is trying to keep Pakistan too. After Pakistan praised the Taliban, China also praised it. Therefore, in view of the current situation, America has now started putting pressure on Pakistan on the issue of terrorism.