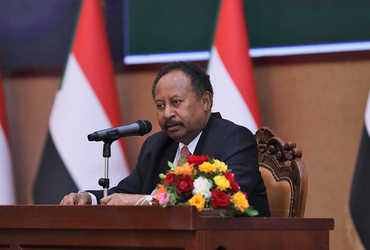 According to Hamdok, the deal gives them complete freedom to form their own government and hold elections before July 2023.

Last month, a military coup took place in the African country of Sudan and the military seized power by ousting Abdullah Hamdok. Sudan’s military officials and leaders have now agreed to reinstate Prime Minister Abdullah Hamdouk as prime minister. Angered by this, the opposition has come out on the streets accusing it of doing a secret deal.

Security forces fired tear gas at protesters marching to the Rashtrapati Bhavan in the streets of the capital Khartoum after a military coup. The protesters were demanding a complete withdrawal from military politics. At least 40 people have been killed in mass protests against the coup since October 25, when the military declared a state of emergency and disbanded the civilian leadership.

According to Abdullah Hamdok, they have agreed to a pact to stop the violence. The blood of every Sudanese is precious, let us stop the bloodshed and harness the energy of youth in construction and development work. Abdullah Hamdock will head an independent technical cabinet until elections are held. However, it is not clear how much power the government will have. He will still be under military surveillance.

According to Hamdok, the deal gives them complete freedom to form their own government and hold elections before July 2023. It also allows the release of political prisoners.