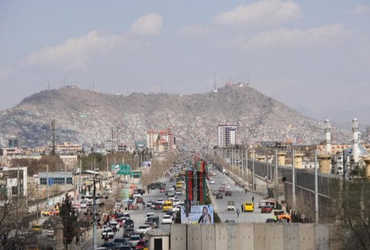 A report by the Special Inspector General for Afghanistan Reconstruction (SIGAR) expressed concern that half of Afghanistan’s population is starving and that one million people are at risk. they need help.
Cigar’s report, citing data from the United Nations World Food Program, said 20 million people are starving in Afghanistan. The humanitarian crisis in Afghanistan has affected all services and the standard of living of the people. The people of Afghanistan are devastated. In addition to the economic crisis, public services have collapsed. The danger of starvation is increasing continuously due to the lack of food supply.
The report describes the situation in Afghanistan and recommends that the United States provide aid by classifying food security. The Inspector General has reported the aid amount to the US Congress. This winter alone, 3 lakh people have died of severe starvation and there is not a single food tank available.
According to the World Health Organization, the humanitarian crisis in Afghanistan will soon cause more than 500,000 Afghan children to suffer from malnutrition. An earlier UN report also expressed concern that by the end of 2030, 60 to 70 percent of Afghanistan’s population would be living below the poverty line and a politico-economic crisis would be behind it.
Expressing concern over the situation in Afghanistan, a statement from the UN Secretary-General’s Office said the situation was still tense despite the Taliban’s six-month rule. The instability in the country is increasing day by day. The economic and political crisis in Afghanistan has deepened as the administrative structure has been completely dismantled. The UN chief also said that humanitarian aid is needed to improve the condition of the people in Afghanistan.