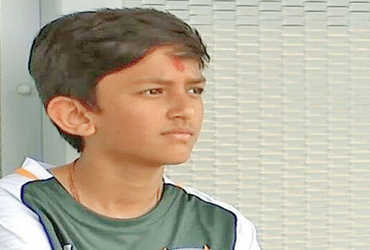 I would prefer to follow dharma instead of ringing bells for matches: 12-year-old Shubh

Brisbane: A 12-year-old Hindu boy named Shubh Patel was kicked off the field by a referee for wearing a Tulsi garland around his neck before the start of a football match in Australia, according to a report in Australia Today.

“Instead of breaking my neck just to play a football match, I will follow my religion,” 12-year-old Shubh Patel told the media.

Shubhe, a staunch satsang of the Swaminarayan sect, said the 12-year-old from Tuvong Club said slitting his throat was against the tenets of Hinduism. Patel said, “If I had taken my throat off my throat, my God would have felt at that moment that I had lost faith in him.” The teenager further told the media that wearing the garland gives her a sense of security.

After being ejected from the field, Shube sat on the edge and watched his team play the match. However, this is the first time Shubh has been asked to remove a bead from his neck, as he has previously played 15 matches in football and wears the bead in all those matches. However, Football Queensland apologized to Tuvong Soccer Club and the Shubh Patelwa family for raising the issue in the media.