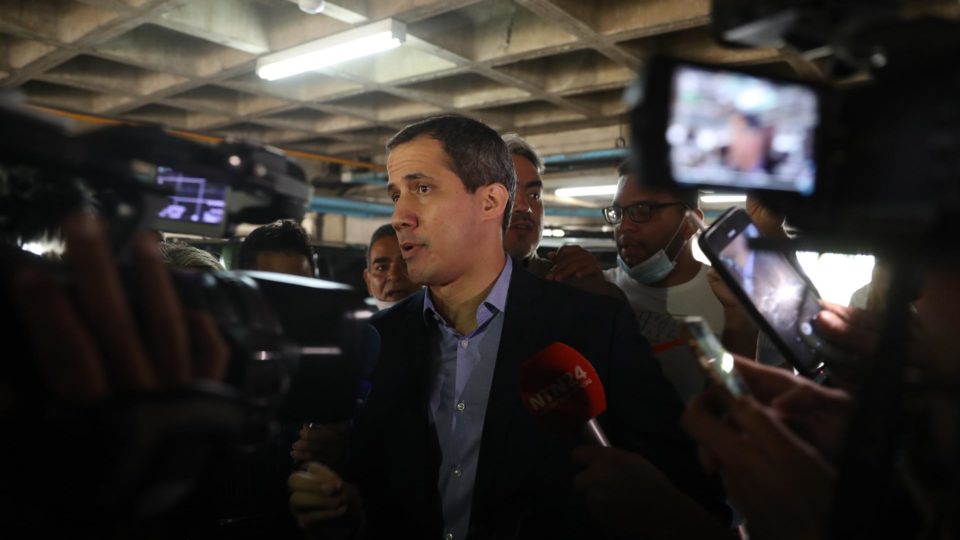 The interim president of Venezuela, Juan Guaidó, appeared on Monday (12) at the door of his house, free, shortly after his wife, Fabiana Rosales, denounced that agents of the elite group police (FAES) were at his home to arrest him.

“Bullying never stopped us,” Guaidó told reporters at the door of the residence, where a small group of the politician’s supporters also stood.

Nicolás Maduro’s main opponent, who said he had not been arrested due to the presence of the press and his supporters, said the police who tried to arrest him had no identification. This led him to characterize the attempted arrest as a “kidnapping”.

“They entered our house without any sort of order, without any kind of identification, pointing big guns, and detonated an explosive inside the basement of our building,” Guaidó reported. by denouncing that his driver had been beaten outside the vehicle and tied up.

“I don’t know where he is now, I’m looking for information,” added the opposition leader, who blamed dictator Nicolás Maduro for what happened.

He also said he did not know where former opposition MP Freddy Guevera was being held, who was arrested minutes before police showed up at his residence.

“Who harasses and kidnaps Freddy Guevara, who chased him down to the basement and detonated an explosive in the basements of our homes?” Asked Guaidó.

Guaidó also took the opportunity to dissociate himself from accusations by the Maduro government that he is linked to armed groups installed in the Cota 905 neighborhood of Caracas, and reiterated that these gangs are funded by the Bolivarian dictatorship.

In addition, Guaidó asked the regime if, with this attempted arrest, it was “sabotaging” the negotiation process it was promoting.

“Is he afraid to reach an agreement for national salvation? It is the dictatorship that is afraid of it anyway. We stand firm in our convictions and in what we seek,” he said. .

“It’s a deal to save Venezuela. If they think it’s intimidating, if they think that generating some kind of harassment will stop us, it won’t happen,” he added.