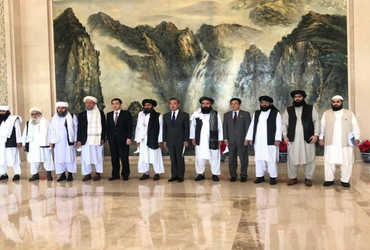 The growing closeness between China and the Taliban is indicating a threat to India in the midst of a bloody war in Afghanistan after the withdrawal of US troops.

This is the first visit to China by a Taliban delegation seeking to annex Afghanistan. China has been in contact with the Taliban in the past through the mediation of its ally Pakistan. A Taliban delegation also visited China in 2019 and in 2015 China hosted a meeting between Taliban and Afghan officials.

The Taliban’s visit to China comes a day after Pakistan’s Foreign Minister Shah Mohammad Qureshi returned from China. Meanwhile, the Chinese Foreign Ministry said in a statement that the Taliban must draw a clear line between themselves and other terrorist organizations. China hopes the Taliban will rein in the East Turkestan Islamic Movement, which is a threat to China’s national security. Its radical groups are active in the Xinjiang region.

China has vowed not to interfere in Afghanistan, but has also promised to help solve Afghanistan’s problems.