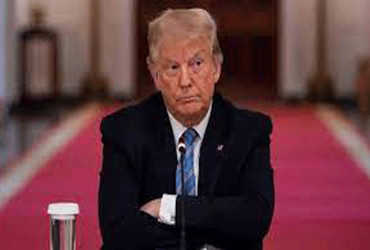 Washington: Former US President Donald Trump’s troubles do not seem to be diminishing. He has suffered two major strokes in a single day. The Justice Department has given you the green light to check your tax records for six years. Along with this, a record of the last days of 2020 was also released, which is sufficient evidence that Trump had pressured officials to change the outcome of the presidential election.

A parliamentary committee will now be able to examine Trump’s tax record from a real estate tycoon to politics. Trump, in his presidential capacity, made several attempts to protect himself from it.

He was also produced in Manhattan Court in New York. Trump argued that it is in the nature of the president to keep his tax amount private. Trump was the first president in the past 40 years to show reluctance to show tax records. Through this he wanted to keep his wealth and his family income private.

On Friday, Acting Deputy Attorney General Richard Donoghe issued a handwritten note dated December 2020. In the note, which was placed before the Parliamentary Reform Committee, Trump was pressuring Justice Department officials to change the outcome of the presidential election. During these days, Trump and his allies continued to pressure officials to alter election results by adopting corrupt practices.

In doing so, Trump sought to defeat the incumbent President Biden. It was an unimaginable event for a president to influence the outcome of the US election. During the announcement of the election results, Trump and his aides were constantly pushing for the Justice Department to benefit in the process.