Grand mother neuron has amazing combination of vision and memory 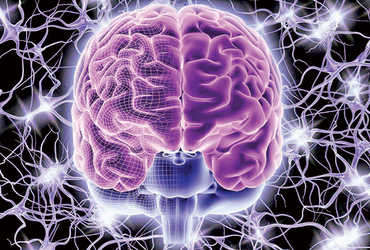 – seen in the human mind

Cells are activated three times when a face is recognized. These neurons were previously thought to be complex and imaginary.

New York: The brain is made up of hundreds of cells, but it would be surprising to know that one cell, called the grand mother neuron, allows the brain to recognize a familiar face. According to the research done on the monkey’s brain, a small part of the brain that works only to recognize acquaintances.

In the new study, researchers Winrich and Sophia performed functional magnetic resonance imaging of the monkey brain. These cells become three times more active as soon as you see a little familiar face.

The human brain is also divided into different parts, one of which is the task of recognizing faces. This part contains special types of neurons that are activated upon seeing familiar faces, celebrities and landmarks. Although these cells were thought to be a complex hypothesis in studies so far, they are in fact. Grand mother is a neuron cell.

Winrik Freiwald, a professor of neuroscience and behavior at The Rollefeller University in New York City, confirmed that there are such specialized neurons in the human brain. Grandma’s neurons have a strange combination of vision and memory. The mind immediately remembers what it once saw. No doubt identifying the person or place you have been to frequently. The researcher said that the temporal pole, which is in the lower part of the brain, about which very little is known. A study of these granular neuron cells has been published in the journal Science.