Government does not have money to run the country, the culture of tax evasion has not developed in the country: Pak PM Imran Khan 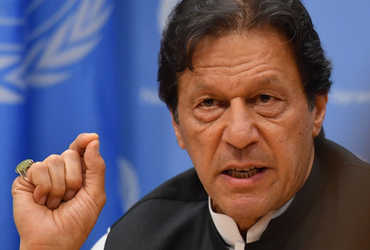 Pakistan’s economic condition has worsened by dreaming of war with India and now PM Imran Khan himself has also admitted that the government does not have money to run the country, it has to take loans from other countries.

He said that rising foreign debt and low tax revenue has now become an issue of national security. The government does not have enough resources to run welfare schemes.

According to media reports, in an event, Imran Khan said that the problem of not having enough money has become very big. The culture of not paying taxes has been going on for centuries.

Accusing the previous governments, he said that from 2009 to 2018, the governments did not pay attention to mobilizing resources at the local level and resorted to debt.

Citing Britain as an example, he said that Pakistani leaders are not as sensitive to people’s money as British leaders are. Economy class travels when a British minister travels abroad. Such a culture has not developed. The rulers never even encouraged the people. Pay taxes The people of Pakistan have to understand that it is only with the help of taxes that Pakistan can come out of the vicious cycle of debt and debt.