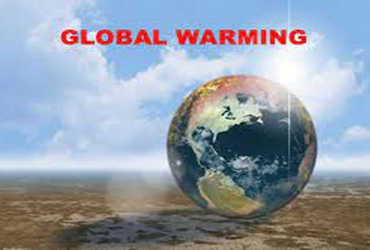 The current red light for mankind: a worrying UN report

GENEVA: The United Nations Intergovernmental Panel on Monday released its sixth assessment report. That report is extremely worrying for the world. Like previous warnings of global warming, the report states that Earth’s temperature will rise 1.5 degrees faster than previously thought. The first was given by the Intergovernmental Panel for Climate Change eight years ago. The report states that it was the human race that destroyed the earth.

According to a report by the UN Climate Panel, the Earth’s temperature was expected to increase by 1.5 or 2 degrees by the end of the 21st century, but now it will increase in the next one and a half to two decades. When the Paris Agreement was signed in 2015, the leaders of 200 countries signed an agreement to make efforts to ensure that the average global temperature does not rise by 1.5 degrees before industrial development.

More concern was expressed in the context of India. As the Indian Ocean warms rapidly, heatwaves, heatwaves and floods in India will intensify over the next decade. The effect of global warming on the Indian Ocean is increasing as compared to all other oceans.

The United Nations’ sixth assessment report, Climate Change-2021, states that rising sea levels will cause frequent flooding of coastal areas and increase the risk of hurricanes. Because of this the sea level is rising.