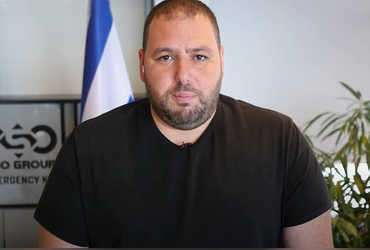 Jerusalem, t. 20
The revelations on the Pegasus spy software issue in India have once again created a political earthquake. NSO Group, the maker of spy software, has denied any wrongdoing in the issue of its Pegasus spy software. He also called the criticism of the Pegasus issue “hypocritical”.
The company alleges that its spy software is a military weapon and is reportedly being misused and sold by others around the world. NSO Group CEO Shalev Hulio defended the company in an interview with Israel’s Channel 12, admitting that mistakes have been made over the years. However, he denied that the NSO was involved in any wrongdoing and said that he had a sound night’s sleep.
“We haven’t sold our spy software to a country that doesn’t sell its weapons to the United States,” he said. So this is kind of hypocrisy. It is as if a country can sell fighter jets, F-3s, tanks and drones, but selling spy equipment is wrong. Hulio said he was approached by 30 customers for the technology, but only 30 customers as per the rules.
Responding to the US Commerce Department’s blacklisting of the company, Hulio said the move was prompted by global outrage over Machella Hobala, but that the US would soon lift the ban. Over the years, our technology has helped preserve America’s national security and its interests. I am sure the US will lift the sanctions in the near future.