Friendship with Taliban will hurt Pakistan in the long run 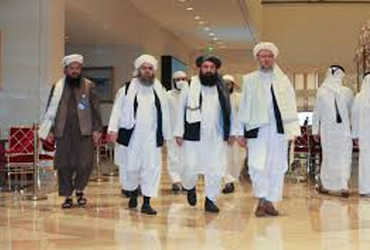 Islamabad and Beijing’s attempts to blow up America

World-renowned political analysts have issued a stern warning about this crop. And the friendship of the Taliban will hurt China deeply

However, world-renowned political analysts have warned Pakistan and China that their friendship with the Taliban will become strained in the long run, as they will become direct enemies of the US and the US will retaliate against Beijing and Islamabad in retaliation. do not run away.

The United States has been waging a war against the Taliban in Afghanistan for 20 years, but was eventually forced to withdraw from Afghanistan.

Pakistan and China were the happiest when America’s reputation in the world was tarnished, so they have intensified all their political circles to get the Taliban government recognized by different countries of the world. Of course, Pakistan has publicly and diplomatically stated that it has no interest in Afghanistan.

But in reality, he is happy that the Taliban have seized power, the Hong Kong-based Morning Post quoted a Pakistani diplomat as saying. Pakistan’s Prime Minister Imran Khan has made such a public statement that the Taliban came to power and saved the people of Afghanistan from slavery.

To gain worldwide recognition of the Taliban government, Pakistan has argued with several countries, including its allies such as Russia and China, that the Taliban should form a coalition government in Afghanistan with representatives from all parties, empowering women, their The government should educate. be recognized.