Friend of India and arch enemy of Taliban, know who is Amrullah Saleh 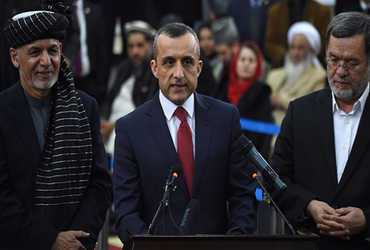 Vice President Amrullah Saleh has declared himself the president of Afghanistan, replacing President Ashraf Ghani, who fled the country after the Taliban came to power.

Saleh is the same leader who has repeatedly attacked Pakistan and is considered close to India. Now he is the last ray of hope for Afghanistan. The Taliban have made attempts to kill him in the past as well.

Before becoming the Vice President, he was the head of the country’s spy agency. To capture Amrulla Saleh, the Taliban kidnapped and killed his sister.

In the 1990s, when Russia was trying to gain influence in Afghanistan, Saleh was trained to use weapons in Pakistan and fought against Russia under the leadership of Commander Ahmed Shah Masood.

Saleh was once again on the battlefield against the Taliban when the Taliban began to infiltrate into Afghanistan. It was at this time that Saleh developed friendship with India. It was he who introduced Ahmad Shah Masood to the Indian authorities.

Saleh’s prediction came true, however, then-president Hamid Karzai attacked Saleh and dismissed the report. It is believed that Saleh was also trained by the CIA. They have a huge network of their own spies. Saleh also has good relations with India’s spy agency RO and that is why Pakistanis hate Saleh. Saleh’s harsh attitude towards jihadis is also responsible for this hatred.

Saleh is on his way to Panjshir province to escape the Taliban. Which is not yet in the possession of Taliban. He has now declared himself the President of Afghanistan. He appealed to the Afghan citizens to stand against the Taliban. At the same time, he said, there is no point in discussing this with US President Joe Biden. We have to prove that Afghanistan is not Vietnam.