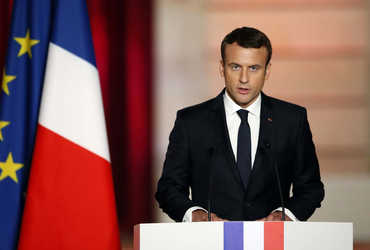 Many countries are troubled by the controversy that many celebrities of the world are spying through Israel’s spyware Pegasus. Pegasus claims to have hacked German Chancellor Angela Merkel’s phone from French President Emmanuel Macron. As the news spread, the French President changed his phone.

According to the French presidential office, Macron uses multiple phones. It also doesn’t mean that they are being spied on. However, his phone has been replaced for more security. The French government has taken the espionage controversy seriously. Macron, however, denied that he was spied on. Amnesty International and Forbidden Stories claimed that Macron was spying for Morocco. Morocco has filed a defamation suit against both of them in a harsh response.

The genus of Pegasus did not originate only in France. Many European countries are concerned about this. On the issue of spying through Pegasus, German Chancellor Angela Merkel said that countries that do not have judicial oversight, they should stop selling this spy software. He has also launched an investigation into allegations of espionage in Hungary.