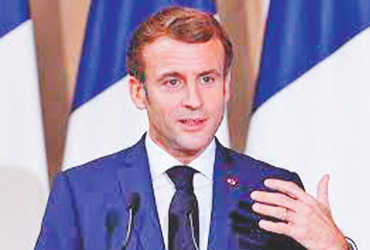 Paris: Georgia, France’s Emmanuel Macro government has decided to create a new entity, The Forum of Islam, to combat Islamic extremism. The government says it will shape Islam in France. This unit will consist of Imams and common people elected by the French government. One-fourth of its members will be women. This organization formed by the French government will help guide the Muslim community. There has been an increase in extremist attacks in France in the past few years.

Many citizens of the country have gone to Syria to fight. Some believe that growing fanaticism in Islam is a threat to France. Supporters of such a unit say it would keep France and its five million Muslims safe. At the same time, he would ensure that the Muslim practice in France conforms to the values ​​of secularism in public life.

This move of the macro government is being strongly criticized. Critics say the presidential election is to be held on April 10. Macro’s move is a step towards attracting voters from the south.

These critics also include a large number of Muslims. He says he considers his religion to be part of the French identity. This new initiative of the government is another step in the direction of institutional discrimination, which limits their social life. He says that the government blames the entire society for the violent attacks of a few people.

The new forum will replace the French Council of Muslim Faith. The French Council of Muslim Faith was founded in 2006 by former President Nicolas Sarkozy. The council acted as a negotiator between the government and the leaders of Islam. At the inaugural meeting of The Forum of Islam at the Economic, Social and Environmental Conference in Paris on Saturday, French Interior Minister Darmenin said that we must change now. We are resuming the relationship between the country and Islam. This platform will be a new form of dialogue. This would open up the diversity of Islam in France and introduce its more inclusive nature.

Islam is the second largest religion in France, but there is no major leader. The unit is said to have trained Imams in France rather than bringing them from Turkey, Morocco or Algeria.

Muslims are divided over Macro’s actions. Some have welcomed Macro’s move, while others have called it a step towards controlling Islam.