France’s parliament passed a law on Kovid-19, which led to nationwide protests 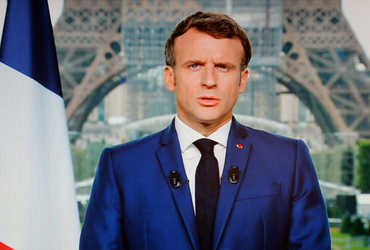 France’s parliament on Monday approved a law making special virus passports a part of everyday life. And vaccination has been made mandatory for health workers.

France is still battling the Corona epidemic. There was a tussle in both the houses of Parliament over the new move. A settlement was eventually reached between the two houses of parliament and was ratified, leading many to believe that the law violated civil liberties.

President Emmanuel Macron ordered last week that French people would be required to be vaccinated or corona negative in order to go to any public places such as cinemas, nightclubs or even on trains and planes. The rule initially only applies to adults, but will become mandatory for everyone over the age of 12 from September 30. Health passes can be in paper or digital format.

The new law states that all healthcare workers in the healthcare sector will be vaccinated by September 15. The new law further states that the government decree explains how to use vaccination documents from other countries. Depending on the situation of the epidemic, this law will remain in force till November 15.

The new law is part of the Macron government’s campaign to make vaccination an important weapon in the fight against Kovid-19. Although about 160,000 people protested at various places on Saturday against the law on entry to restaurants and compulsory vaccinations for health workers, the new version of the corona has weakened the country’s healthcare infrastructure. So far more than 111,000 people have lost their lives in France.