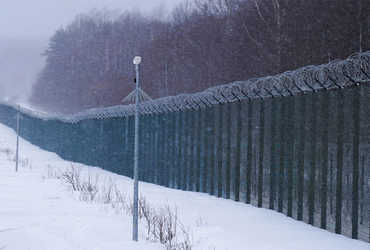 Four members of an Indian family died of cold on the US-Canada border. The family died trying to illegally infiltrate the United States. A newborn baby was also among the dead. An accused of human trafficking has been arrested from Minnesota, USA.
An Indian family has died while trying to infiltrate into the US along the US-Canada border. A family of four remained trapped in cold and snowfall. The couple, a teenage son and a young child died of a cold. According to the Mantoba Royal Canadian Mountain Police, four bodies were found at the Canada-US border near Emerson. During patrolling, a husband and wife, a teenager and a newborn baby were found dead.
A Canadian police officer said the Indian family may have been in contact with a human trafficking group on the US border. An attempt was made to infiltrate the United States from Canada, but due to lack of contact or help, he died at the border. The bodies were found at a distance of 8 to 12 meters near the US border. The family may have been left behind by the group due to darkness. There are also speculations that due to wandering, they may not have been able to move forward.
The Canadian Police notified the US Border Police. After this the US police started the investigation. An 8-year-old accused involved in human trafficking has been arrested. In addition, a group of infiltrators was arrested in the United States. The group members got the baby stuff. The group was expected to be accompanied by family members. The police concluded that the family was also involved in the infiltration attempt.
After the dead body was found on the border, the border police on both sides became active. The operation was carried out immediately from both the sides. Interrogation of strangers has been started. Steve Shand of Florida was arrested for human trafficking. It was Steve Shand who tried to smuggle these people into America. The US Border Police will now interrogate him. Meanwhile, Canadian police have also started efforts to gather more information and information about the family of the deceased.