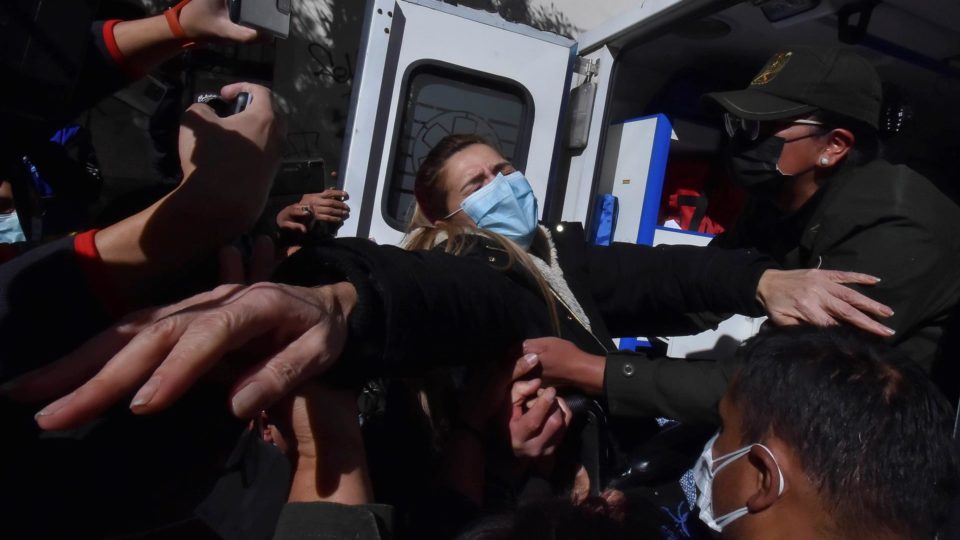 On Monday, 23 former heads of government and state from Spain and Latin America appealed to the Organization of American States (OAS) and the United Nations (UN) to help protect life and integrity of the former interim president of Bolivia Jeanina Áñez.

Over the weekend, the Bolivian government reported that ñez attempted to self-harm in La Paz prison, where he had been serving pre-trial detention for more than five months, and that his health was stable. . Her lawyers said she attempted suicide and reported “abuse” against the former president, and that she was suffering from severe depression.

The former governors, members of the Democratic Initiative of Spain and the Americas (Idea), request in a letter that the Inter-American Commission of Rights (IACHR) of the OAS adopt precautionary measures. Likewise, the authors urge the United Nations High Commissioner for Human Rights, Michelle Bachelet, to exercise her jurisdiction “swiftly and effectively” to protect the “rights to liberty, life and personal integrity. From Áñez.

The signatories of the letter expressed “serious concerns” for the condition of the former Bolivian representative, deplored “the lack of humanitarian treatment” and recalled that ñez “exercised a transitional government accepted by the OAS and the European Union”.

The Bolivian government on Sunday denied that the rights of former interim president Jeanine Áñez were violated, and confirmed that she is “stable” and that there is coordination with her family for her recovery.

The director of the Bolivian prison regime, Juan Carlos Limpias, told a press conference yesterday that the medical team at the complex had treated the former president’s injuries and that the family had been immediately informed of the situation.

Limpias said he cannot give details of what happened out of “respect” for ñez, but that she is currently “stable” and has the necessary equipment at Miraflores prison in La. Paz, where she is serving pre-trial detention to investigate the so-called “coup case”.

The director recalled that an agreement had been made with the family and the penitentiary to allow a relative to sleep in prison to accompany the former president. Yesterday, one of Jeanine Áñez’s children slept in jail to keep her company in her recovery, Limpias said.

“Our President Luis Arce has said that the government respects human rights a lot, not in a theoretical way, but in a practical way, and once again we show it,” he said.

Limpias referred to the medical commission held last Friday, attended by prison doctors, doctors from Áñez, his daughter, among others, which resulted in the recommendation that the former president should have a psychologist clinician and nutritionist.

Carolina Ribera, daughter of Jeanine ñez, has confirmed her position to cede her freedom to that of the former president so that she can receive medical care from specialists. “Justice allows state abuse, torture and ill-treatment to be committed against a woman who loses her health every day,” he posted on Twitter.

Yulia Babuzhina, representative of the office of the United Nations High Commissioner for Human Rights, was in prison on Sunday.

The government ministry issued a statement indicating that “a psychiatric evaluation is underway” to establish “the reasons and psychological characteristics of Áñez’s self-harm”.

On Saturday, several local authorities showed their solidarity with ñez and asked that the former president be able to defend herself in complete freedom.

The day before, the public prosecutor had filed an indictment against Jeanine ñez to open a liability case for the deaths in two regions during the 2019 crisis, following the failed elections that year.