Former Bolivian president suffers “permanently” in prison, according to his family 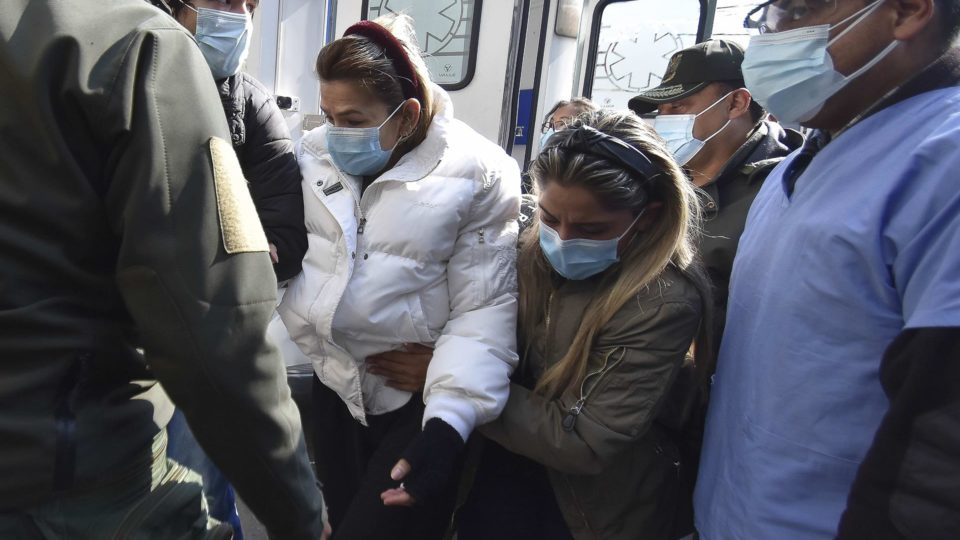 Former interim Bolivian president Jeanine ñez said on Tuesday she no longer wanted to live, two days after injuring her arm and being taken from the penitentiary where she is being held to undergo medical tests.

“I don’t want to live anymore. My children have to go on with their lives. I don’t want any more medicine, I don’t know what it is. I ask my jailers to please tell me what I’m taking,” ñez said , according to a post from his family on social media.

The publication includes text which explains that the former leader is “very weak” and in “permanent” pain.

“Every ten minutes someone comes into the cell to spy on her, ask her questions or whatever. She lives on high alert, anxious, restless, because she doesn’t know what. what they are going to do: if they are going to sedate her, poison her or transfer her without a known destination, “the publication indicates.

This week, Carolina Ribera, Áñez’s daughter, requested access to her mother’s medical records because she does not know what treatment is being applied. However, the Bolivian prison system argues that this document is not denied to anyone and that the young woman attended a medical meeting.

On Saturday, the government ministry said ñez had attempted to injure himself, described as “scratches”, and that the former interim president was in stable condition.

The former governor’s defense claimed that ñez caused the wounds with a paperclip and that the wounds required stitches.

After the incident, former presidents, local authorities and international organizations such as the European Union and the United States Embassy expressed concern for Áñez’s health. In addition, several of them demanded that she be allowed to defend herself in full freedom, as she suffers from high blood pressure and the syndrome of anxiety and depression.

Áñez, detained since March in a women’s penitentiary in La Paz, was taken to a private clinic for a head scan.

“This will determine whether there is any damage to the muscles or the nerves,” Mónica Molina, the doctor in charge of the test, told reporters.

Amidst strict security arrangements, the former interim president climbed the stairs with difficulty and with the help of her two children. After undergoing the exam, she was taken back to prison in an ambulance.

Áñez left the penitentiary three times this month to undergo clinical assessments. The family allege that she is weakened, while the government maintains that she is in stable condition and is able to serve preventive detention.

More than ten inmates at the prison where ñez is staying demonstrated on Tuesday to demand equal treatment and denounce the former governor’s alleged “privileges”, a version supported by the authorities to deny that Áñez’s rights are being violated.

Government Minister Eduardo del Castillo guaranteed that the rights of the former president were “protected”, but stressed that she had “privileges” compared to other prisoners. For this reason, he announced that he was working on a “legislative initiative” to “transform prisons”.

“We are not going to allow some people to have privileges while others are not even guaranteed to exercise all of their rights,” said Del Castillo.

However, Ribera posted a few photos on social media to show the cell where her mother is. “A bed, a table, two chairs, a small radio and a sink. These are my mother’s ‘luxuries’,” he wrote.

Áñez has been in preventive detention since March for the so-called “coup” case, on the basis of allegations of conspiracy, insurgency and terrorism during the political and social crisis of 2019, which led to the resignation and the escape of the then president. Evo Morales.