Former Afghanistan IT minister is doing pizza delivery in Germany 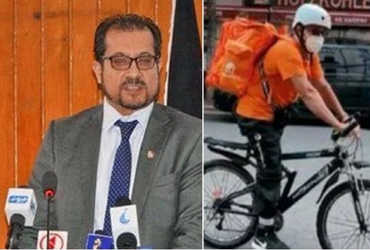 Since the Taliban’s occupation of Afghanistan, there is fear not only among the common citizens but also among the leaders.

Several former government ministers, including the president, have fled Afghanistan and are seeking asylum in other countries. Not only this, former IT Minister of Afghanistan, Syed Ahmed Shah has taken refuge in Germany and is now working as a pizza delivery man to make a living.

His pictures are going viral on social media. Many people are surprised to see the condition of delivering pizza to a former minister. In the picture, he can be seen delivering pizza on a bicycle.

According to media reports, Syed Shah is working to deliver pizza in Leipzig city. At the same time, although it is being said that Syed resigned in 2020 before taking over the Taliban.

President Ashraf Ghani himself is currently taking refuge in the UAE on humanitarian grounds.