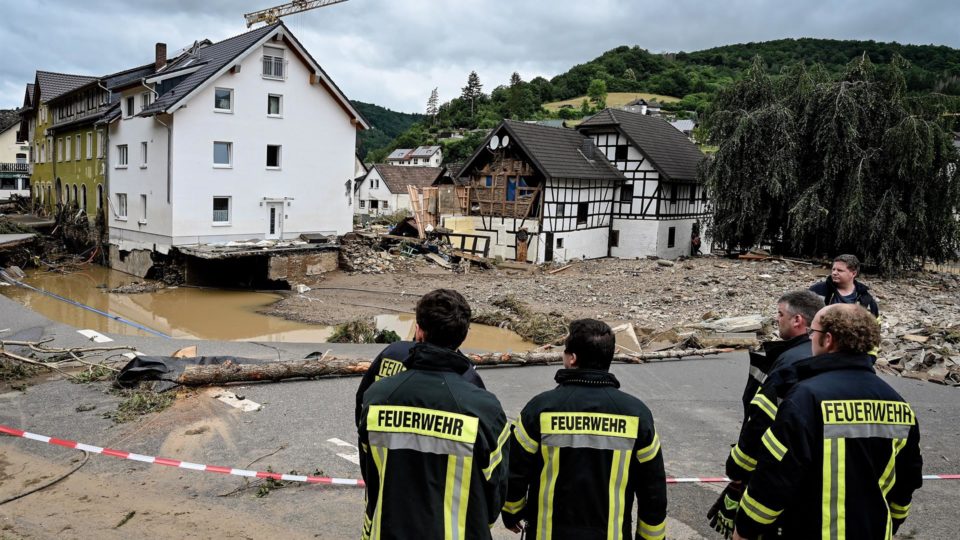 Firefighters spot flood damage in the village of Schuld in the Ahrweiler district of Germany on July 15 | Photo: EFE / EPA / SASCHA STEINBACH

Floods caused by heavy rains that hit western Germany and Belgium have left dozens of people dead and hundreds have yet to be located, German authorities said Thursday evening (15). There are also flood records in the Netherlands and Luxembourg.

After a day of intensive rescue work and city evacuation operations that began the night before, German authorities have confirmed the deaths of 58 people in two states and said they had yet to locate 1 300 inhabitants of the city of Bad Neuenahr-Ahrweiler, in the state. of Rhineland-Palatinate.

The Bad Neuenahr-Ahrweiler regional administration has said that the telephone network is not working in the area, so authorities hope that those who have not yet been contacted simply experience communication difficulties. About 3,500 people in the region are staying in emergency accommodation and more than 1,000 workers, including firefighters, police and other forces, work in emergency services, the district administration said in a statement.

Most of the deaths have been in North Rhine-Westphalia and Rhineland-Palatinate, western Germany, in towns cut off by the Ahr and Rhine rivers.

Helicopters from several German states help rescue people trapped on top of houses and buildings. The German armed forces have sent soldiers to the affected areas, who use heavy vehicles, boats and ambulances in emergency operations.

In Belgium, authorities have reported that at least 11 people have died as a result of the floods. The Liégeois were evacuated when the Meuse, which crosses the fourth most populous city in the country, overflowed.

German Chancellor Angela Merkel, on an official visit to the United States, spoke alongside US President Joe Biden on the disaster. Merkel expressed her solidarity with those affected by the tragedy in Germany and neighboring countries and said that “it is a day marked by fear, despair and suffering, when small rivers have turned into full torrents and devastating “.

The German leader also said she feared the extent of the tragedy “would only be known in the coming days” and promised to send federal government assistance.