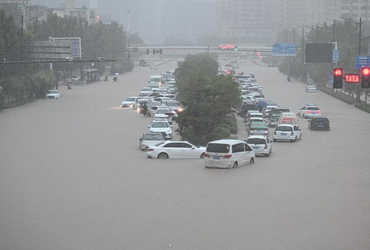 Heavy rains and floods have worsened the situation in Henan province of China. A large number of roads, bridges and subways have been destroyed. Many commuters in the metro are stuck in the flood waters. At least 33 people have been killed and eight are missing. The flood caused damage of 1.22 billion yuan (190 190 million).

Henan province received an average of 457.5 mm (about 18 inches) of rain in 24 hours, the most in a single day, the heaviest rainfall in the past 1000 years. President Xi Jinping has called in troops to rescue people trapped in subways, hotels and public places.