Five killed, 40 injured in car accident during Christmas parade in US 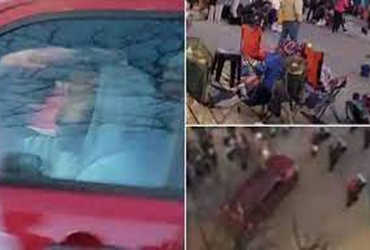 New York: A major accident occurred during the afternoon parade in the northeastern US state of Wisconsin. According to sources, the Christmas parade was organized during the holidays. Many people were injured in the accident.

At least five people were killed and more than 40 injured when an SUV collided with an SUV at a Christmas parade in Waukesha, Wisconsin, according to local police. However, the police did not consider the incident as a terrorist incident.

Waukesha Police Chief Dan Thompson said the suspect’s vehicle has been seized and there is no tension in Waukesha, about 32 kilometers west of Milwaukee. According to local media, people are being asked to take shelter at various places near the city of Waukesha. People are being asked to remain on their own till further notice.

According to some eyewitnesses and local media, shots were fired from the car during the parade. However, this report has not been confirmed yet. A video posted online of the incident showed a red vehicle entering the parade. The speed of the car is very high and many people are seen running.