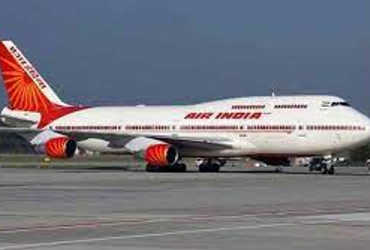 New Delhi: Air India said it had launched the Boeing B777 aircraft after approvals from six Indo-US flying aircraft manufacturers. The airline also said that all US flights will resume as usual from Friday.

Air India on Wednesday canceled all eight flights on the India-US route, citing disruption in flight operations following the introduction of 5G internet in North America. The US aviation regulator, the Federal Aviation Administration (FAA), said in a new order on Thursday that radio-altimeters installed on certain types of aircraft, including the B777, will not be affected by 5G service.

As a result, an Air India spokesperson said that Boeing has given clearance for the US B777 aircraft. The first flight left for New York on Thursday morning. Other flights during the day are Chicago and San Francisco. Arrangements are being made to pick up the stranded passengers. The issue of B-3 flights to the US has been resolved.

Air India has launched Delhi-New York, New York-Delhi, Delhi-Chicago, Chicago-Delhi, Delhi-San Francisco and San Francisco-Delhi from Thursday. Along with these six flights, one more Mumbai-Newark and Newark-Mumbai flight was also canceled by Air India on Wednesday. He said US flights would depart as usual from Friday.

The US aviation regulator said on January 15 that the radio altimeter of the 5G aircraft could cause the aircraft to disrupt the engine and braking system in landing mode. This can cause the plane to get stuck on the runway.