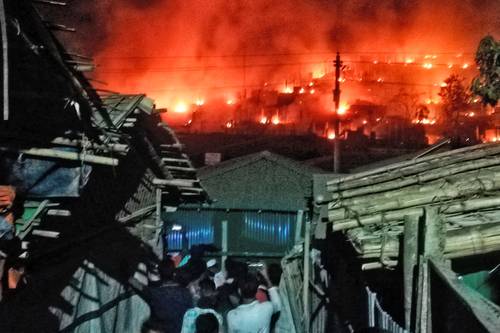 ▲ At least 5,000 people were left out in the open after a fire destroyed 1,200 homes in a Rohingya refugee camp in Bangladesh, police said Sunday. Around 850,000 members of this Muslim minority live in a network of settlements located in the Bangladeshi district of Cox’s Bazar, on the border with Myanmar, after being expelled from this nation. The trigger for the incident is unknown. Afp photo