Fighting intensifies in Panjshir, clashes between Taliban and Northern Alliance, attempt to block road by blowing up bridge 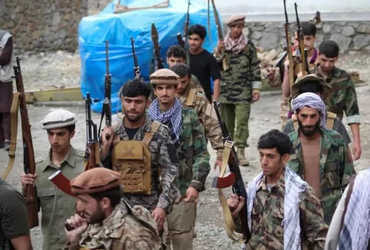 – There was also an encounter between Taliban and Northern Alliance fighters on Monday night. At that time there were reports of about 7-8 Taliban fighters being killed.

On one hand the Taliban is claiming to form and run the government peacefully in Afghanistan against the whole world. But other Taliban fighters are constantly trying to infiltrate the areas of Panjshir. The Taliban also reportedly tried to infiltrate into Panjshir on Tuesday night, where it found Northern Alliance (NA) fighters.

According to a tweet by local journalist Natik Malikzada, there was a clash between Taliban fighters and Northern Alliance fighters in Gulbahar area at the entrance of Panjshir in Afghanistan. Not only this, there are reports that the Taliban blew up a bridge there. Also many fighters have been rapidly raised.

Panjshir Update : BREAKING : There is a fierce clash between the Taliban and the resistance forces in the Goalbahar area, the entrance of Panjshir. There are unconfirmed reports that the Taliban blew up the bridge connecting the Golbahar Road to Panjshir in the conflict.

Earlier on Monday night, there was an encounter between the Taliban and the fighters of the Northern Alliance. At that time there were reports of about 7-8 Taliban fighters being killed. Panjshir is still out of control of the Taliban. There, the Northern Coalition led by Ahmed Masood is fighting the Taliban.

Ahmed Masood’s spokesman Faheem Dashti also confirmed the fight with the Taliban. According to Faheem, the Taliban attacked Panjshir on Monday night and tried to infiltrate but with no success. The Taliban has already shut down the internet in the Panjshir area. However, it was later opened.

The US military departed Kabul airport on 30 August. Afghanistan is now completely ruled by the Taliban. The Taliban will soon form a new government in Afghanistan. This veteran leader of the Taliban is present in Kandahar and may soon leave for Kabul. After this the process of forming the government will start.