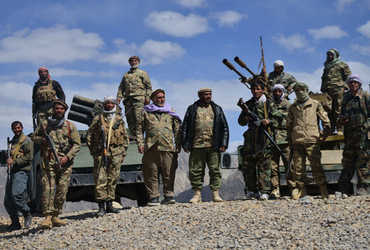 The Northern Alliance, led by Ahmed Masood, son of Panjshir Ahmad Shah Masood, continues to fight the Taliban. The intensity of the attack on the Panjshir entrance has increased in the last few days. Taliban is preparing for infiltration in Panjshir with full force.

Apart from Ahmed Shah Masood, Amrullah Saleh, who declared himself as the caretaker President of Afghanistan, is also in Punjab. He tweeted that Panjshir is fighting for the rights of every Afghan citizen. Panjshir will continue to fight for the Afghan people till his last breath. Panjshir is surrounded on all sides. But at the moment there are no plans to attack. We want to resolve the Panjshir dispute through dialogue so that it does not suffer.

Pakistan’s Foreign Minister Shah Mehmood Qureshi said that the withdrawal of foreign forces, including the US, from Afghanistan is not justified. Such a situation could plunge Afghanistan into civil war. The Taliban was not properly contacted at this time. Western countries need to keep an eye on the situation there and stay in touch with the Taliban to prevent a civil war-like situation in Afghanistan.

Clashes broke out in Panjshir on Monday. The northern coalition claimed that the Taliban had tried to infiltrate and had failed. Over 200 of his fighters were killed and over 50 were taken hostage. The fighting continues outside Panjshir even after Monday.