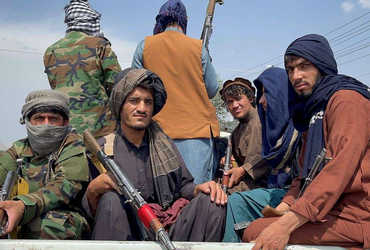 A close aide of Amrullah Saleh, who declared himself as the caretaker president of Afghanistan, said the Taliban’s claim was completely false. Northern Coalition fighters are still in the mountains fighting the Taliban. He further said that Amrulla Saleh is currently in a safe place and he has not left anyone. leading the fight against the Taliban. According to the Northern Alliance, the Taliban is currently trying to infiltrate Panjshir with the help of Pakistan.

The chairman of the Northern Alliance, Ahmed Masood, has been in Tajikistan for the past three days. Under his leadership, the Northern Coalition is fighting the Taliban.

The Second Resistance Front denied the Taliban’s claim of control of the province.
Ali Maysam Nazri, a spokesman for the RF, tweeted that Panjshir did not fall into the hands of the Taliban and that their forces are fighting the Taliban in different parts of Panjshir https://t.co/rTTzcm0ctt

The Taliban claimed control of Panjshir on Monday, and Afghanistan’s National Resistance Front acted in denial. According to the NRF, their fighters are stationed at different places and are fighting the war. Earlier, the NRF had proposed talks against the Taliban and said that the Taliban should immediately stop the attacks and resolve the issue through dialogue. However, the Taliban rejected the offer.