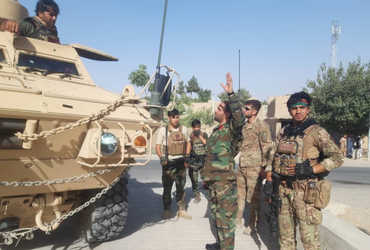 Bloody battle is going on between Taliban militants and Afghan army to capture different parts of Afghanistan.

Meanwhile, Afghan forces have killed 385 Taliban insurgents in major operations across the country in the past 24 hours.

Fighting continues between Taliban militants and Afghan forces over control of the country’s major cities. According to the Afghan Defense Ministry, 385 Taliban militants have been killed and 210 others killed in the past 24 hours.

The Afghan army is also resorting to air strikes to push back the Taliban and now special commando units have been deployed.

However, the Taliban have captured the city of Zaranj in Nirmuj province amid claims by the Afghan army. This is a threat to the Afghan government. Killed and killed.