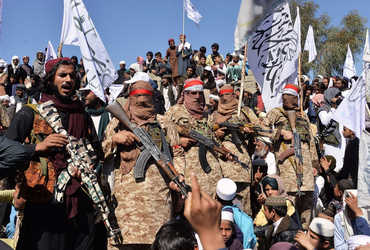 The Taliban, who have occupied many parts of Afghanistan, have started collecting taxes there.

With the withdrawal of US and NATO forces, the growing influence and occupation of the Taliban has created fear among the Afghan people. Because of this, Afghan citizens want to leave the country as soon as possible. Due to this a huge crowd has started gathering outside the passport office in Kabul. People standing in line for passports say that they may have to leave the country at any time in case of spoilage.

In fact, the way the Taliban is spreading its wings in rural Afghanistan has enabled resourceful Afghans to find a way abroad. According to a police officer in charge of the system, 10,000 people are now turning up for applications a day as compared to the usual 2,000. According to people, now living in this country is like playing with the lives of family members and more than 300 people are seen in line for passport at five in the morning.

Starting the Taliban and Collecting Taxes

The Taliban, who have occupied many parts of Afghanistan, have started levying taxes there. The Taliban, which is occupying the country’s border district of Spin Boldak, imposed a new tax on Tuesday and set up checkpoints to tax goods entering Afghanistan or Pakistan.

The Taliban delegation, led by Mullah Abdul Ghani Baradar, has reached China for the first time since the withdrawal of US troops and claimed to have captured 90 percent of Afghanistan. The leaders met with Chinese Foreign Minister Wang Yi and assured him that Afghan soil would not be used against China’s security.