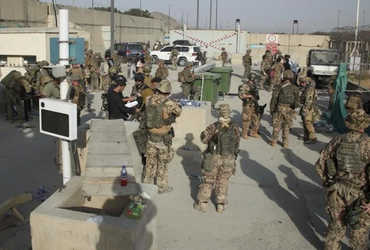 The situation is getting worse after the Taliban took over Afghanistan. The attacker was killed in front of Kabul airport shortly after noon, two days after the attack by two suicide bombers. After the firing of several rounds, there is an atmosphere of panic among the people. Tear gas canisters are seen flying around the airport. After the firing, people are seen running here and there to save their lives.

Now more information is being received that the American soldiers stationed at the three gates of the airport have retreated. News agency ANI quoted Tolo News as saying that American troops had left three gates and some other parts of the Kabul airport. In such a situation, the Taliban has said that now it has control over these doors.

Britain’s last flight to airlift civilians from Afghanistan also took off from Kabul airport. Also the expulsion of its citizens by Britain has ended. In the two weeks since it came under Taliban control, Britain has evacuated around 15,000 Afghans and British civilians.

The last British flight to evacuate civilians from Afghanistan has left Kabul, ending an operation that has airlifted nearly 15,000 Afghan and British nationals in the two weeks since Taliban took control: Reuters