Famine in Madagascar forces people to eat thorns and locusts 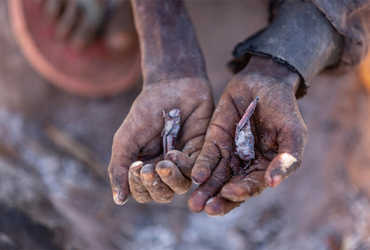 The famine situation in the East African country of Madagascar is becoming extremely dire. Here people are forced to eat locusts and locusts due to hunger. Experts say that in the last four decades such a severe drought has never happened and the situation has remained the same for the last three years. The United Nations has expressed concern over the issue and called for help.

The United Nations has called on other countries to come to Madagascar’s aid. According to experts, there has been a drought for the last three years and the crop has not grown due to the hot sand storm. Moreover, there has never been such a severe drought in the last four decades.

It should be noted that W.F.P. That is, the World Food Program had earlier warned that the situation in Madagascar could worsen and predicted a severe famine in the southern region.

Madagascar has a population of 2.84 million and the United Nations has so far raised only Rs 120 million for Madagascar. So Madagascar has been urged to reach out to other countries for assistance, including food and health facilities.