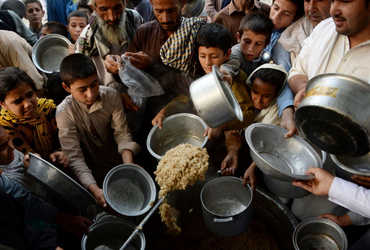 Local humanitarian coordinator Ramiz Alkabarov said one-third of the country’s population is facing food insecurity. Situation in Rome According to the World Food Program, 18 million people face starvation in a country of 25 million people. Afghanistan is facing its second drought in three years. Three million children in Afghanistan are malnourished. The Taliban captured almost the entire country at gunpoint just before American troops left. As a result, many countries including the United States and Europe cut economic aid to Afghanistan.

Meanwhile, in a national address after US troops left, US President Joe Biden warned the Taliban that the United States would continue to conduct drone strikes in Afghanistan if necessary. US President Joe Biden warned IS-Khorasan of the attack on Kabul airport, saying “our retaliation is not over.” Defending his decision to leave Afghanistan, Biden said it was in the best interest of the American people. He said that America will no longer build a military base in any country. There are still 100 to 200 Americans in Afghanistan. The August 31 deadline was for US troops. There is no time limit for US citizens. We will help them out whenever they want. The Pentagon’s press secretary, John Kirby, said that despite the absence of US troops in Afghanistan, they would continue to conduct drone strikes on Islamic State – Khorasan and Afghanistan if necessary.