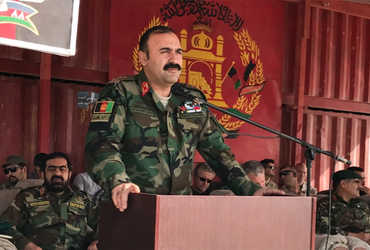 The Afghan government has fired the country’s army chief, General Wali Mohammad Ahmedzai, for failing to stem the tide of attacks from Taliban militants. He has been replaced by General Hebatullah Alizai as the next army chief.

General Wali has been fired at a time when Taliban militants have captured 65 percent of the country. Not only this, since Friday, the capital of nine provinces of Afghanistan is occupied by the Taliban.

An Afghan news source confirmed that the army chief had been fired. In view of this tense situation, President Ashraf Ghani has reached Mazar-e-Sharif where he has met the so-called old Sher Abdul Rashid Dostum of Afghanistan. The Taliban have already occupied the countryside and now they have taken over the cities. Afghan security forces seem helpless in the face of Taliban attacks and are surrendering.

Bird refuses to change the withdrawal of troops