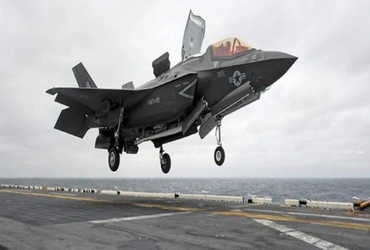 America’s most sophisticated fighter jet F-35 has crashed in the South China Sea.

The American plane is worth Rs 10 crore and the US has started a campaign to get its debris out of the sea.

Chinese media have reported on the F-35 crash, which has exposed the weakness of the US military. It is pitting its soldiers against China at the cost of physical and mental health.

It is said that China wants to get the wreckage of the crashed plane in any case as well as take over the black box of the plane because China is also interested in knowing the technology of F-35. With modern weapons and systems.