Extreme heat in Europe: 48.8 degree Celsius was recorded in Sicily 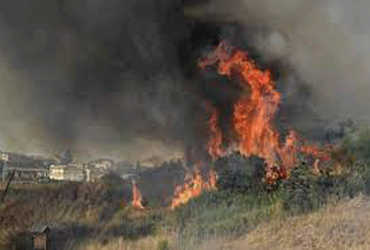 Rome: On Wednesday, Italian officials said the island of Sicily recorded a temperature of 48.8 degrees Celsius, the highest ever. Italy has confirmed this, but it has not been officially confirmed by the World Meteorological Organization. Fires in many parts of Italy and Greece have made the situation worse and some places have been destroyed.

Meteorologist Manuel Mazzoleni said that if the figures were accurate, it would break the old record of 48 °C measured in Athens, Greece on July 10, 1977. This temperature in Sicily may be the highest temperature ever recorded in Europe.

According to scientists, the crisis of climate change is causing hot air and fire. The hot weather has set fires in many parts of southern Europe. It also damaged the Italian island of Sardinia. At the same time, everyone is keeping an eye on the deteriorating situation due to the fire in the forests in Greece.

Mount Etna, an active volcano on the island of Italy, has also played an important role. Mount Etna is also a major contributor to the rising temperature of Europe. According to scientists, if the temperature in Europe goes above 40 ° C in the coming days, then no one will be surprised.