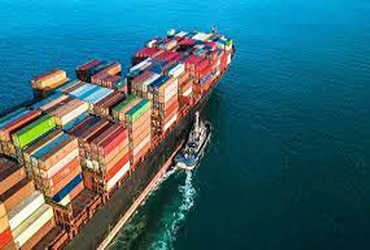 New Delhi: The country’s exports rose 47.19 per cent to ₹35.17 billion in July, driven by strong growth in petroleum, engineering and diamonds and jewellery, according to data provided by the commerce ministry.

Imports also increased by 59.38 per cent to ₹46.40 billion during this period. As a result, the trade deficit stood at ₹11.23 billion. Exports of petroleum, engineering, diamonds and jewelery increased to 3.82 billion, 2.82 billion and 9.95 billion, respectively, in July.

However, exports of oilseeds, rice and meat, dairy and poultry products showed negative growth. Imports of petroleum, crude oil and products rose 97 percent to ₹6.35 billion. Gold imports rose 135.5 per cent to 2.42 billion. Exports of gems, precious and semi-precious stones stood at ₹1.68 billion at the end of July.

Even though exports of transport equipment, project goods and silver show negative rates. we. Exports to the UAE and Belgium stood at ₹2.4 billion, ₹1.21 billion and ₹489 million, respectively.

As of July, India’s merchandise exports were up 32.64 per cent against the target of 400 billion. During the remaining eight months, India expects to achieve the export target of ₹ 269.44 billion or ₹ 33.68 billion per month, the commerce ministry said.

Commenting on the figures, Federation of Indian Export Organization (FIEO) President A Sakthivel said that there has also been an increase in order bookings from exporters as the global demand has picked up during this period. There is an urgent need to issue a Declaration on Remittance of Duty and Taxes on Export Products (RODTEP) to remove the uncertainty from the minds of trade and industry.