Emergency in Peru due to oil spill 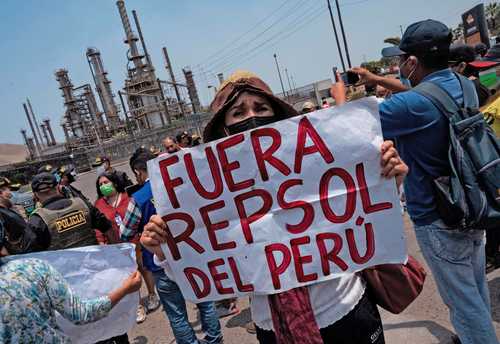 ▲ Peru declared a climate emergency yesterday because 21 beaches on the Pacific coast are contaminated by Saturday’s spill at a refinery managed by Repsol, after strong waves caused by the eruption of the submarine volcano near Tonga. From Cavero, President Pedro Castillo signed the decree and announced the creation of a crisis committee to deal with the emergency. Prime Minister Mirtha Vásquez indicated that Repsol has promised to deliver a cleaning schedule. In the image, protest against the oil company in Callao. Photo Afp