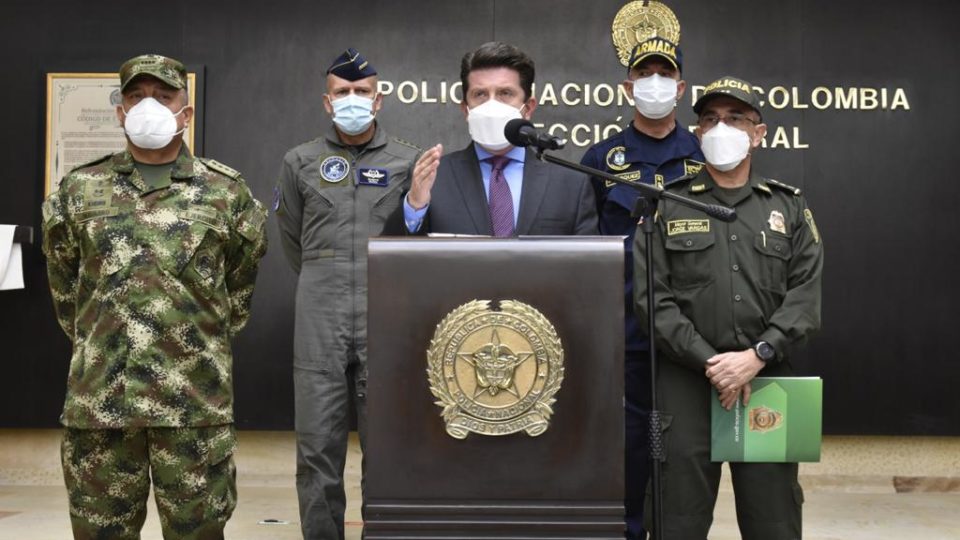 At least 30 civilians and 16 police officers were injured on Tuesday (4) in another night of clashes between protesters and police in Bogotá, Colombia. According to local authorities, 25 police stations were vandalized, one of which was set on fire with ten policemen inside – five of them were injured. Several shops and buses were vandalized, hampering transport in the Colombian capital on Wednesday. Elsewhere in the city, police dropped morale bombs and rubber bullets on protesters.

Violent nights were also recorded in Cali, Medellín and other major cities in Colombia last week.

Colombian President Iván Duque has established a link between the violence observed in Bogotá and the actions of criminal groups. “Tonight, Bogotá is under attack by the organized crime facing our public forces. We categorically reject these attacks against members of @PoliciaColombia. All the weight of the law for anyone who persists in violence!” He said tweeted early Wednesday hours.

“Colombia faces a terrorist threat, criminal organizations are behind acts of violence that tarnish peaceful demonstrations. These are premeditated acts, organized and financed by dissident groups of the FARC and the ELN ”, declared Diego Molano, Minister of Defense at the end of the week.

Protests against a proposed tax reform by the government began a week ago in the country. At least 19 people have died, dozens are missing and more than 800 have been injured – 300 civilians – during this period, in clashes between protesters and police. The reform was eventually put on hold, but protests continued, now calling for an end to police violence.

A human rights organization denounced the deaths of eight protesters who were allegedly attacked by police and said it had received four reports of sexual violence by members of the security forces. Police Director Major General Jorge Luis Vargas said the deaths and allegations of assault were being investigated, including to determine whether the police were responsible for the crimes.

President Iván Duque announced the creation of a commission “listening to citizens”, made up of members of the public sphere, parties, the private sector and civil society, in order to “build solutions for the country “.

What is the Iron Dome and how does it work?

Drone shot down by Israel was armed and launched by Iran