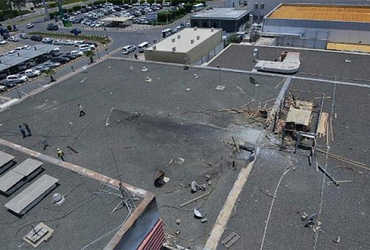 A drone has attacked the Saudi Arabian airport. In which 8 people were seriously injured. A passenger plane was also damaged. Saudi airports have now been targeted during the ongoing war against Houthi rebels in Yemen, according to Saudi state media. Fighting continues between Houthi rebels and Saudi forces in Yemen.

The Saudi-led military coalition fighting Iranian-backed Shiite rebels in Yemen has not been told from the region about the attack. There was no report of any casualties. The army only said that the security forces had intercepted the explosive drone.

Yemen’s Houthi rebels, who have been fighting a Saudi-led military coalition since 2015, have targeted military installations inside Saudi Arabia. International airports are also targeted by the rebels. It is also attacking important oil plants in the state.

What is the cause of conflict in Yemen?

Yemen has been embroiled in a civil war for a long time. Houthi rebels recaptured Yemen’s capital Sanaa and took control of much of the country. The attack forced the then Yemeni President Abedrabbu Mansour Hadi to flee the country. Saudi Arabia is backing Mansour Hadi and fighting the Houthis.