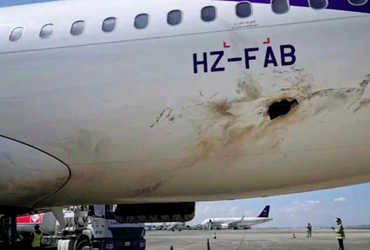 New Delhi: There has been a drone attack on an airport in Saudi Arabia. Eight of them have been seriously injured. A passenger plane was also damaged. According to Saudi official media, the Saudi airport was targeted during fighting against Houthi rebels in Yemen.

Fighting continues between Houthi rebels and Saudi forces in Yemen. So far no force has claimed responsibility for the attack. This is the second attack in the last three hours. However, the airport has been targeted for the first time.

The Saudi-led military coalition fighting Iranian-backed Shiite rebels in Yemen did not provide details on the attack. There was no word about casualties in the attack. The army only said that the security forces had intercepted the explosive drone.

Yemen’s Houthi rebels, who have been facing a Saudi-led military coalition since 2014, are targeting military units inside Saudi Arabia. There are also international airports targeting the rebels. It also attacks important oil plants in the state.

Yemen has been embroiled in a civil war for a long time. Houthi rebels have captured the Yemeni capital Sanaa. They have ruled most parts of the country. Yemeni President Abed Rabbo Mansour Hadi has fled the country due to the attack. Saudi Arabia is backing Mansour Hadi and fighting Houthi rebels.