Drone attack on oil tanker near Oman: US 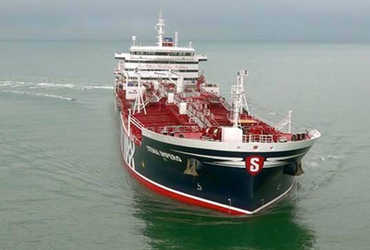 Dubai, Ta. 21
An Israeli oil tanker was attacked at sea near Oman. How the attack happened has also come to the fore. The US has said that there was no drone strike.
An oil tanker owned by an Israeli company was attacked in the Arabian Sea off the coast of Oman. Two employees died in the attack. Neither Oman nor Iran has commented on the attack, but Britain has claimed responsibility.
The company’s oil tanker, which was later attacked, also admitted that two employees were killed. The US has since acknowledged the attack. A US official said in a statement that the Israeli tanker was attacked by a drone in the waters of Oman.
No one has officially claimed responsibility for the attack, but Israeli officials have blamed Iran. Israeli Foreign Ministry officials said the drone strike was carried out by Iran.
Israel’s foreign minister also tweeted that Iran has become a headache not only for Israel but for the entire import-export industry. We will not remain silent in the face of such Iranian terror. It is necessary to answer this.