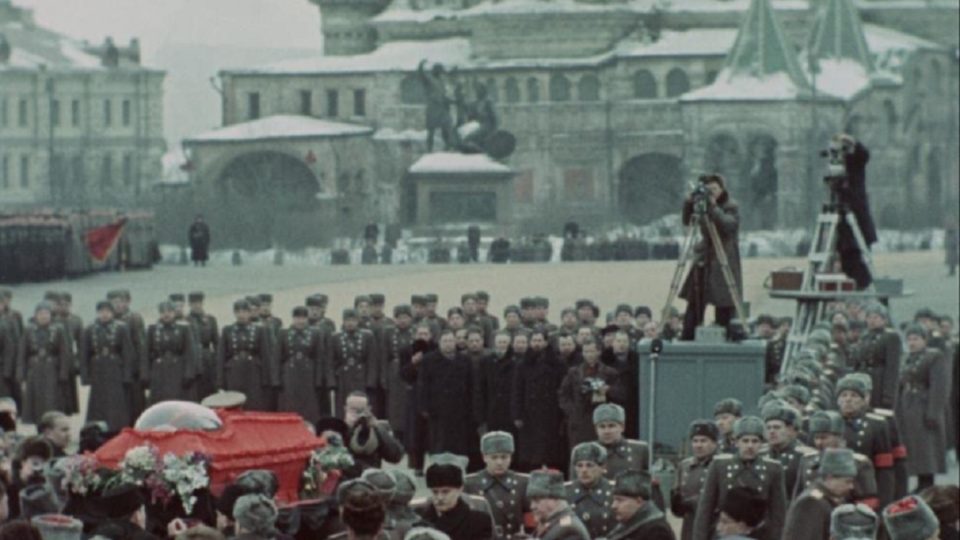 Without narration, the documentary leaves the spectator to interpret the collective mourning for the death of one of the most bloodthirsty leaders of the twentieth century. Photo: Reproduction

Who knew that in the space of five years we would have not one but two films about one of the happiest events in history: the death of Joseph Stalin? After the 2017 comedy “Death of Stalin”, the new film lacks a comedic side. Entitled “State Funeral” [Funeral de Estado], is a documentary that seems to come out of the Soviet propaganda machine.

And it was sort of. On the death of comrade Joe in 1953, described as “supreme genius” by the New York Times, the glorious socialist propaganda machine kicks in, sending teams of documentary filmmakers to accompany the embalming of the body, then to the House of Unions of Moscow, before being taken to his provisional tomb in Lenin’s tomb (where he remained until 1961).

The teams also recorded the funerals of the comrades in the streets, filmed throughout the Evil Empire. The opening scenes lead us to long and extremely tedious mourning shots unfolded, or staged, by crowds of citizens melancholy listening to the announcement of Stalin’s death through loudspeakers. From there we are driven to the airport, where we see delegations arriving from Hungary, Poland, Czechoslovakia and the Communist Party of the UK. For five minutes we see hundreds of wreaths laid in Moscow.

And so the documentary continues for over two hours. There is no narration, there is no historical context explained by experts, there are no interpretations of the stories. With the exception of classical music which works like a soundtrack, we basically only observe what was captured by the cameras and built-in microphones in the days after Stalin’s death. “State funeral” is what pretentious people call “pure cinema” and what I call “archive scenes”.

All of this material was put together for a Soviet documentary called “The Great Farewell” which was never released. The restoration team did a great job and the movie looks brand new. Shot in both color and black and white, the footage appears to have been shot this year. It is worth, at least for a few minutes, to study the expressions of the grieving crowd. “Does this guy burst out laughing?” How far do people pretend for the cameras? Who knows? This is why it is useful to read the diaries or memories that people have shared later.

Today, however, Stalin commands the admiration of many Russians. When you live in a totalitarian state based on disinformation, you may come to admire the man around whom a whole cult of personality has developed. On the other hand, if you did not have the vocation to do what the regime expected of you in 1953, you would have died a long time ago. Whatever was going on in people’s heads, they were good at hiding it. Viewers today won’t learn much from watching 15 minutes of standing citizens listening to state propaganda in the plazas.

The non-contextual format of the documentary is loved by many critics, but not by me. I don’t open a history book hoping to find memos and documents from a certain period. I hope that a documentary maker (in this case director Sergei Loznitsa) does the same job as any director, that is, he edits the footage to build a narrative, and not just upload a bunch of images, shrugging our shoulders and waiting for us to interpret them.

While the film features images of Stalin’s comrades such as Nikita Khrushchev, Georgy Malenkov, Vyacheslav Molotov, and Lavrentiy Beria, it doesn’t even bother to identify them for the public, let alone discuss who they were. A documentary should not abuse the time and patience of the viewer, who spends five or ten minutes in front of repetitive images, such as people taking part in a funeral procession or queuing near the coffin. I hope the images used in “State Funeral” will be reused to make a real movie, but I don’t believe that will happen.