“Do you believe in the Taliban?” The reporter asked. “I don’t trust you,” he told President Biden 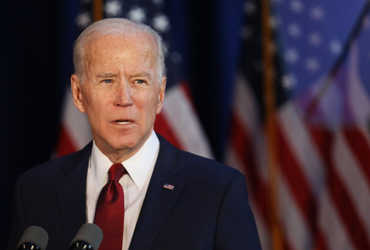 Bide called the decision to withdraw from Afghanistan justified and logical and said that it would be appreciated in history.

After the withdrawal of US troops from Afghanistan, it is now ruled by the Taliban. The Taliban will soon form a new government. In the midst of all this, everyone is criticizing America’s decision. President Joe Biden is also on everyone’s mark.

In this, President Joe Biden was questioned about the Taliban. The reporter asked him if he believed in the Taliban. “They don’t trust anyone,” Bide replied.

#watch | Asked US President Joe Biden if you trust him (the Taliban), “I don’t trust anyone, including you, I love you, but there aren’t a lot of people I trust. The Taliban has to take a fundamental decision.” Now? pic.twitter.com/LDREjZm5Yn

“I don’t trust anyone, not even you,” Joe Biden told a White House news conference. I love you, but there are many people I don’t trust. The Taliban must first win the trust of the people. People have to be given facilities. The Taliban have said a lot – we want to see if it’s true.

Significantly, Biden’s withdrawal of American troops was widely criticized. Bird, however, described his decision as “absolutely reasonable and reasonable”. According to him, if you do not leave now, when will you be out? This decision will be considered the most correct and logical in history.

The decision of the Biden administration is being criticized not only in Afghanistan but also in other parts of the world, including the United States. Everyone is criticizing Afghanistan for leaving it alone like this. Thousands of Afghans have been fleeing since the advent of the Taliban regime. The Taliban are urging people to stop but everyone wants to run.