Displaced Afghans face dire sanitary conditions at US base in Qatar 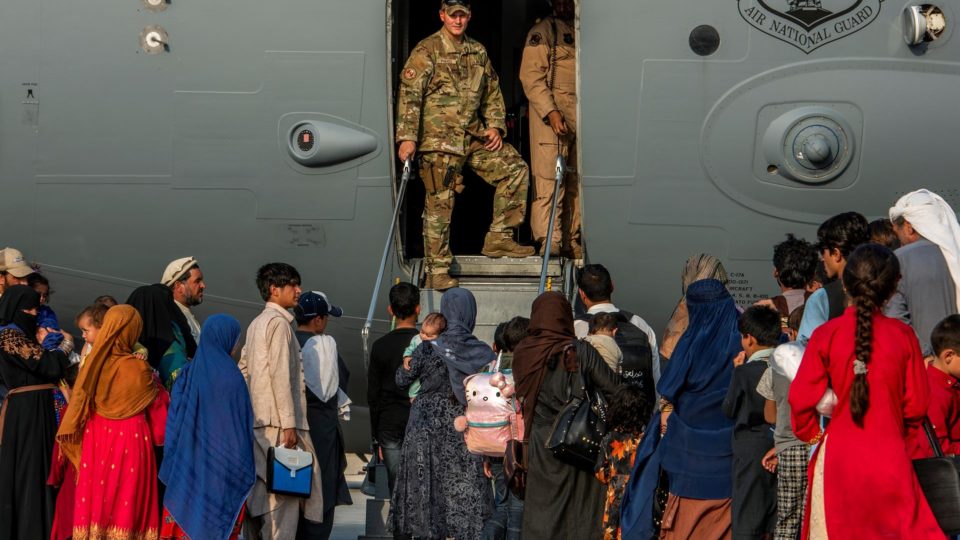 Army prepares to board displaced Afghans aboard a C-17 at Al Udeid air base in Qatar on August 22 | Photo: EFE / EPA / US Air Force photo by Airman 1st Class Kylie Barrow

The Qatar air base used by the US government to house thousands of Afghans displaced from Kabul is in poor sanitary conditions, an email from a US Central Command official revealed, which was leaked and obtained by the site Axios Internet.

The email was sent by Colin Sullivan, a Special Monitoring Agent, with the subject line “Terrible Conditions in Doha” to officials at the US State Department and the Pentagon. The report demonstrates the difficulty of the US government in managing the withdrawal of thousands of civilians from Afghanistan after the capture of Kabul by the Taliban.

The communication describes a “life-threatening humanitarian disaster … which I want to make sure you are fully monitoring.”

US President Joe Biden has been criticized for failing to ensure safe passage to Kabul airport or to organize flights for the thousands of Afghans who are targets of the Taliban and who wish to leave the country.

In his email, Sullivan shared snippets of communications between staff at the US Embassy in Doha that describe the conditions at Al Udeid Air Base, also in Qatar’s capital region, and show their lack. preparation to receive Afghans in a safe and secure environment.

“Rainy day today. The place for Afghans to take shelter is hell on Earth. Garbage, urine, excrement, spilled liquids and vomit cover the ground.” “I spent an hour there picking up trash … I almost choked.” “Another flight has arrived and there are no resources to resolve the health issue.” “These humans are in a living nightmare.” “Hangar Update: We now have a rat problem.”

The military base is in the middle of the desert and the heat of the place, which has no air conditioning, is intense.

A spokesperson for the U.S. Central Command spoke to Axios about the challenge of reaching out to those arriving and who have already made progress in caring for Afghans.

“We recognize that this is a difficult and difficult situation for these vulnerable individuals and families, and we remain committed to providing a safe and hygienic environment,” said spokesperson William Urban.

The Pentagon told Axios it had taken concrete steps to improve conditions in the shelter, including installing more than 100 toilets and distributing 7,000 traditional Afghan meals three times a day.

A spokesperson for the US State Department told the news site that more than 3,700 people had been flown from the base to destinations in the United States, Germany and Italy, and that the goal was to d ” get people to their destination within days of arriving at the base.

The Washington Post this weekend posted a video of inside the hangar at the US military base in Doha, which shows the place overcrowded, hot and without adequate toilets and showers.

As of Monday alone (23), more than 21,000 people were evacuated from Kabul, in a hundred planes from the United States and other countries of the coalition which fought in the war in Afghanistan, according to the information of the White House.

Of these, about 12,700 people flew on 37 US military flights, and another 8,900 were carried by 57 planes from European countries and NATO members.

With these new shipments, the number of people evacuated from Afghanistan with American aid since the last 14 has reached 58,700.