Disclosure: Danish Siddiqui was brutally murdered after the identity of the Taliban 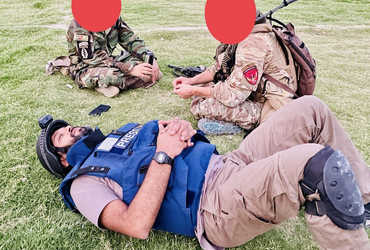 Pulitzer Prize-winning Indian photojournalist Danish Siddiqui did not die in a shooting in Afghanistan, nor was it a security breach. In fact, after ascertaining his identity, the Taliban brutally killed him. This was disclosed in an American magazine on Thursday.

Siddiqui, 38, had gone to cover the ongoing civil war in Afghanistan. He was killed while covering the ongoing conflict between Taliban and Afghan troops in Spin Boldak, Kandahar. According to the Washington Examiner, Siddiqui was in the Spin Boldak area with the Afghan National Army team. This area is adjacent to Pakistan. The Taliban attacked the team when they were just a short distance from the customs post. The commander and some soldiers were separated from Siddiqui and only 3 people survived with him.

Siddiqui was shot during the attack, so he along with his team went to a local mosque for first aid. As soon as the news spread, a journalist attacked the Taliban that they were in the mosque. The Taliban reportedly attacked the mosque only because Siddiqui was present.

Siddiqui was reportedly alive until he was taken hostage by the Taliban. The Taliban confirmed his identity and then killed him. The Afghan team commander and other teammates were killed while trying to save Siddiqui.

Michael Rubin, a senior fellow at the American Enterprise Institute, wrote that he saw Siddiqui’s photos widely published on social media. Also reviewed other photos and videos provided by a source in the Government of India. It is learned that the Taliban had hit Siddiqui on the head and shot him in the body.