Difficult to do business in India: US 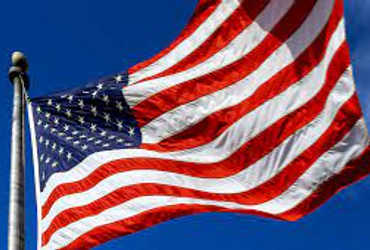 The US said that India is still a challenging place to do business in the world. At the same time, the US has urged India to remove bureaucratic red tape restrictions to remove barriers to investment and promote an attractive and credible investment environment. India is a challenging place to do business, the US State Department said in a report on the “2021 Investment Climate Statement” on Wednesday. The report also referred to the removal of the special constitutional status of the state of Jammu and Kashmir and the Citizenship Reform Act (CAA).

The report said the new protectionist measures, which include tariff hikes, procurement rules, limited competition options and sanitary and phytosanitary norms are not based on science. Indian specific standards are also not at par with international standards. The report said that manufacturers in India have been effectively cut off from the global supply chain and the scope of bilateral trade has been restricted.

The State Department said in a report that two “controversial” decisions were made in the first 100 days of the NDA government’s second term. The report said that the two decisions to remove the special constitutional status of Jammu and Kashmir and the passage of the CAA had created a stir in the country and abroad. India maintains that the CAA is its “internal matter” and that “no foreign party has the right to interfere in issues relating to India’s sovereignty.”

India has made it clear to the international community that the abrogation of Article 70 from Jammu and Kashmir is entirely an internal matter of the country. The State Department says protests over the implementation of the CAA have led to nationwide protests, but ended in March 2020 due to the coronavirus pandemic and a severe nationwide lockdown. The operation against Corona has been the most important issue in India in the year 2020. India’s economic activity slowed down due to the Corona pandemic as well as the lockdown and economic activity started to slow down after December 2020 with signs of positive growth. The BJP-led government faced severe criticism for the significant increase in cases during the second wave of the coronavirus pandemic.

The United States has said that India has launched special social welfare and economic relief programs to address the economic challenges posed by the coronavirus pandemic and national lockdowns, and increased spending on infrastructure as well as public health. The government has adopted a policy of manufacturing linked incentives to promote pharmaceuticals, automobiles, textiles, electronics and other sectors. These steps by the central government have helped the Indian economy survive an estimated 8 per cent decline in GDP between April 2020 and March 2021. As a result, India returned to positive growth in January 2021.